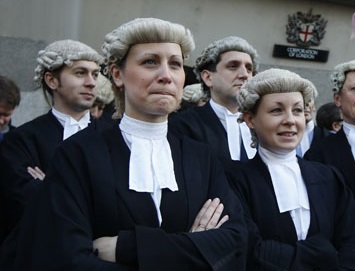 Historically Barristers were the specialised lawyers who would accompany a judge around the country and represent clients in court. Solicitors tended to be far more local. Interestingly as well, being a Barrister had a strong social aspect, as the Barristers and Judges tended to have a good relationship and this carries on into the training and organisation of Barristers today.
Here are the required steps for becoming a barrister:
University
Many students will do a course in a related subject, such as History before converting. However it is important to remember that this is very expensive and many are put off by the additional year and hard work.
A Law course or LLB typically involves students studying a number of core subjects such as Criminal Law, Tort, English Legal System and Equity before then being allowed to choose some more specialised areas, Medical or Discrimination for example. Importantly at this stage what you learn is largely academic, you will have a chance to get quite involved in debating societies and find work experience in the holidays but this is not compulsory if you do not want to actually study law further.
Law School
As a minimum you need a 2:2 or in some cases a 2:1 to get into a Law School. It is expensive and very competitive because of an oversubscription of lawyers at the moment. There are about a dozen law schools over the UK and they teach the actual workings of the job. For a barrister this is the BPTC, solicitors study the LPC.
On the BPTC you will be taught advocacy, writing proofs and advice and will have much more of a chance to start specialising. The 12 formal dinners at the Inns of Court can be substituted for training days, but the idea is to network and get to know other Barristers, especially when looking for pupillage.

Pupillage
Despite the competition so far it gets even harder to find pupillage and as most do it in London the costs of living are incredibly high. Although you can start working independently in the second half it is unlikely you will find many well paying clients as your reputation is not yet established.

Most barristers are self-employed and work in chambers, although approximately 20 percent are “employed barristers” and work for an employer in industry, commerce or central or local government. This is known as the 'Employed Bar'. The role of the employed barrister can vary greatly depending on the employer. The majority will work in specialist legal departments advising only the organisation they work for. Self-employed barristers work in offices called chambers which they may share with other barristers. On completion of their training, barristers apply for tenancy in a set of chambers.