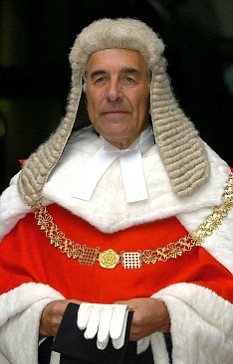 Judges are generally broken into two groups: Superior and Inferior Judges. The differences between superior judges and inferior judges relate to their qualification, selection and appointment and the subsequent work they do.

Inferior judges are those judges who sit in courts below the level of the High Court. These consist of circuit judges who may sit in both the Crown Court and the County Court. Recorders who sit as part time judges in the Crown Court but who may also sit in the County Court. District judges who deal with small claims and other matters in the County Court.  District judges (Magistrates Courts) who hear cases in the Magistrates Courts in the place of the Magistrate in London and other large towns and cities where larger volumes of work are involved. Finally there are chairmen of administrative tribunals which are not actually courts as such but who are required to deal with cases in a judicious manner. Superior judges are those judges who are entitled to sit in the High Court, the Court of Appeal and the House of Lords.

There is a large number of part-time judges, often some barristers or retired legal professionals, who serve as judges and are particularly useful when there is a large strain on the system.

Role
In criminal cases the judge acts as a referee. He decides legal matters such as which evidence is admissible and may also have decided whether bail should be granted. He regulates the tria,l making sure each party has a chance to speak and that witnesses or defendants are not unduly bullied or harassed. Throughout the trial he will be making notes on the relevant points of the case and the legal elements. He will then carefully explain these to the Jury in a way that does not influence them. He will advise and answer questions from the Jury and decide in some situations whether or not a majority sentence is acceptable. Once the Jury decide on the verdict. It may be up to the judge to determine the sentence.
In civil cases there is hardly ever a Jury involved and as such a judge can take a more active role. As many civil cases can be stretched over long periods of time he will decide on time limits and penalties if appropriate. As there is no jury (unless in defamation) it will be up to the judge to determine the final decision in regard to the law. He will determine how much, if any, compensation is owed or if other penalties such as an injunction are suitable. Finally he will determine how much and if the unsuccessful party pays for the successful party's costs.

The judge will occasionally have some role out of cases. This might mean resolving a dispute between parties over where their child should go to school. In some cases such as Re A (2000) [the case of conjoined twins] the courts will have to decide whether a hospital should carry out a major operation.

They can also deal with immigration issues. Superior Judges may often be asked to head an enquiry over a relevant issue, such as the Death of Dr Kelly [Iraqi weapons inspector] . These can be very expensive and so the judge is expected to get permission from his superior when possible.

Becoming a Judge
The Tribunals, Courts and Enforcement Act 2007 Part 2 contains a section on the minimum standards a judicial candidate must have. The reason for this law was, due to loopholes in the previous process, a judge could be appointed who has not practised in the field of law after qualifying as a barrister or solicitor.
The other significant body is the Judicial Appointments Commission. A group of 15 people made up of practising lawyers and judges as well as lay people. They will look at candidates based on intelligence, integrity and independence, the ability to deal fairly, authoritative and communication skills and efficiency. Depending on the position, prospective judges require a certain amount of experience, generally 5 years for district judges and 7 for other roles, though it would be common practice for them to have more experience than that.

Stages to Appointment
1. Advertisement - often in a major newspaper such as The Times. Roles can also be advertised by the one of the out-reach events organised by the Commission where they would explain the process to interested parties.
2. Application - once a party is interested and happy they satisfy the requirements, they must complete a 9 page application with references.
3. Interview - depending on what role is being filled this could involve taster sessions and role play workshops, more common for lower court judges. A more senior judicial role is likely to involve a panel interview.
4. Consultation - once all the information is gathered the Commission deliberate and final checks are made. Those suitable have their names put forward as suitable applicants.
5. Appointment - traditionally appointed by the Lord Chancellor and the Queen. This is more a formality based on the recommendations of the Commission.

Find out detailed information about the roles of different judges here.