Mitosis and Meiosis are the two types of cell division.

Mitosis enables growth and repair to occur. Meiosis is for the production of sex cells.

Mitosis is a process of cell division which results in the production of two daughter cells from a single parent cell.

The daughter cells are identical to one another and to the original parent cell. 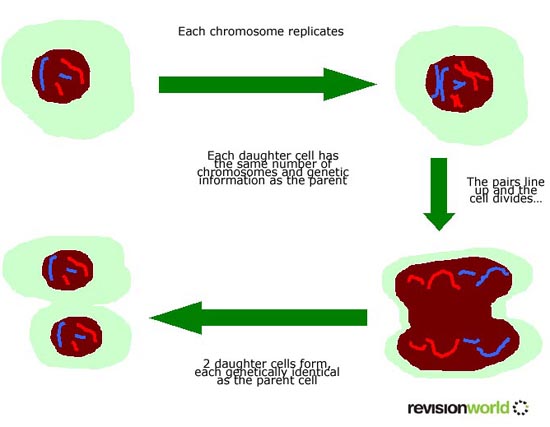 This video looks at Mitosis

Meiosis is the type of cell division by which germ cells (eggs and sperm) are produced. 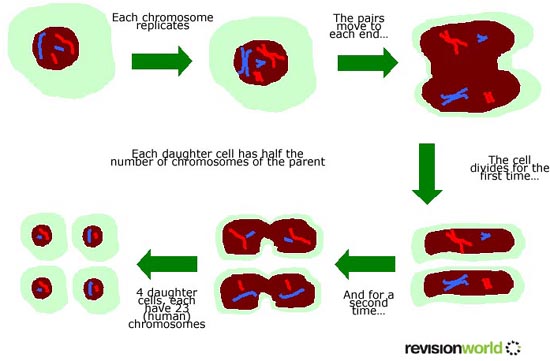 This video looks at Meiosis