After studying this section, you will be able to:

The video below works through examples of simultaneous equations. The step-by-step example shows how to group like terms and then add or subtract to remove one of the unknowns, to leave one unknown to be solved. 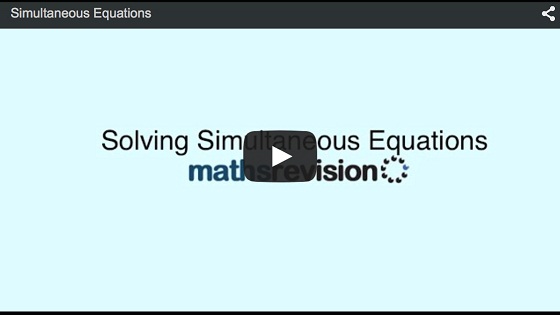 This method is called solution by substitution.
It involves what it says − substitution − using one of the equations to get an expression of the form ‘y = …’ or ‘x = …’ and substituting this into the other equation. This gives an equation with just one unknown, which can be solved in the usual way. This value is then substituted in one or other of the original equations, giving an equation with one unknown.

NOTE:With this method you need to take particular care with your algebra. Should your solutions be ‘strange’ fractions such as 9/13 the chances are you’ve  made a slip − check your algebra. 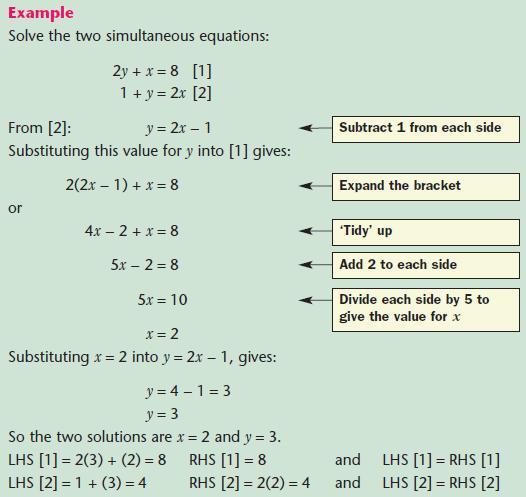 The second method is called solution by elimination.

NOTE:The method is not quite as hard as it first seems, but it helps if you know why it works.

It works because of two properties of equations:

The object is to manipulate the two equations so that, when combined, either the x term or the y term is eliminated (hence the name) − the resulting equation with just one unknown can then be solved: 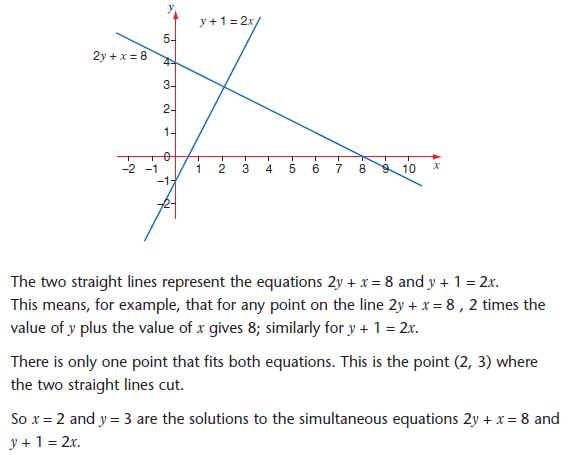