Speed and distance-time graphs
Speed is measured in metres per second (m/s) or kilometres per hour (km/h). If an athlete runs with a speed of 5 m/s, she will cover 5 metres in one second and 10 metres in two seconds. An athlete with a faster speed of 8m/s will travel further, 8m in each second, and will take less time to complete his journey.

This video shows a working example of speed calculation and talks about constant speed.

Direction of travel
There are two ways of looking at a journey:

​The steepness, or gradient, of the line shows the speed:

If the direction of travel is being considered: 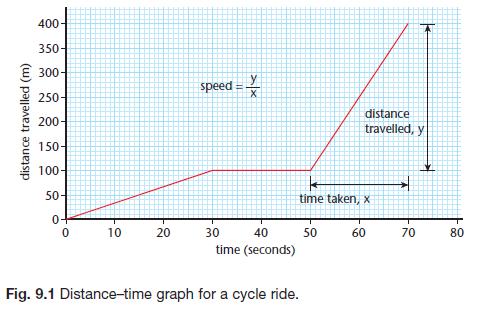 To calculate a speed from a graph, work out the gradient of the straight line section as shown above in Fig. 9.1:

Average speed and instantaneous speed
You can calculate the average speed of the cyclist for the total journey in Fig 9.1 above using:

This is not the same as the instantaneous speed at any moment because the speed changes during the journey. If you calculate the average speed over a shorter time interval you get closer to the instantaneous speed.
This video explains about distance and acceleration
Velocity–time and speed–time graphs
A change of velocity is called acceleration. Speeding up, slowing down and changing direction are all examples of acceleration. Fig. 9.2 shows how to interpret a velocity–time graph. 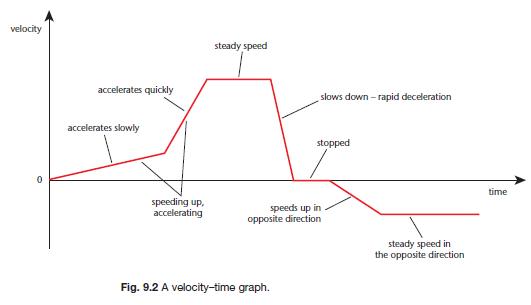 ​Check carefully whether a graph is a speed-time graph or a distance-time graph.

On true speed–time graphs, the speed has only positive values. On velocity–time graphs the velocity can be negative. 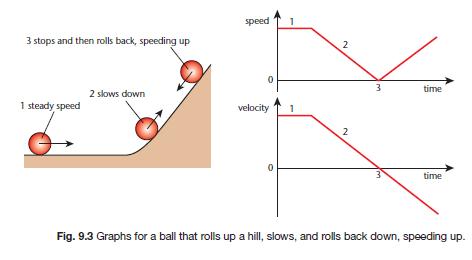 Tachographs are instruments that are put in lorry cabs to check that the lorry has not exceeded the speed limit, and that the driver has stopped for breaks. They draw a graph of the speed against time for the lorry.
Graphs, acceleration and distance

This video explains how to calculate acceleration 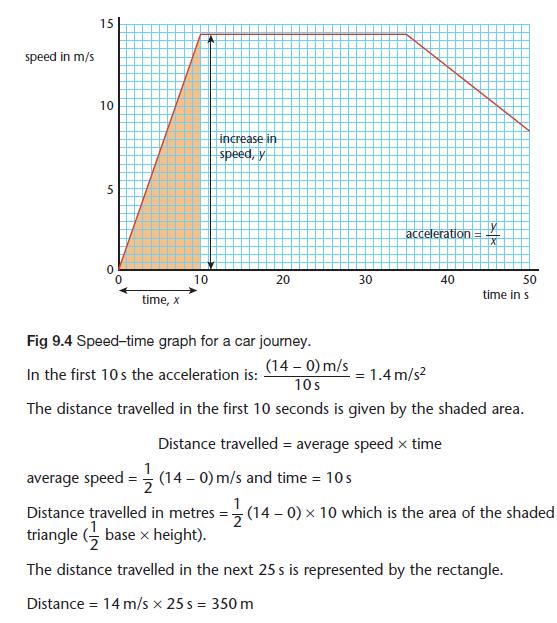